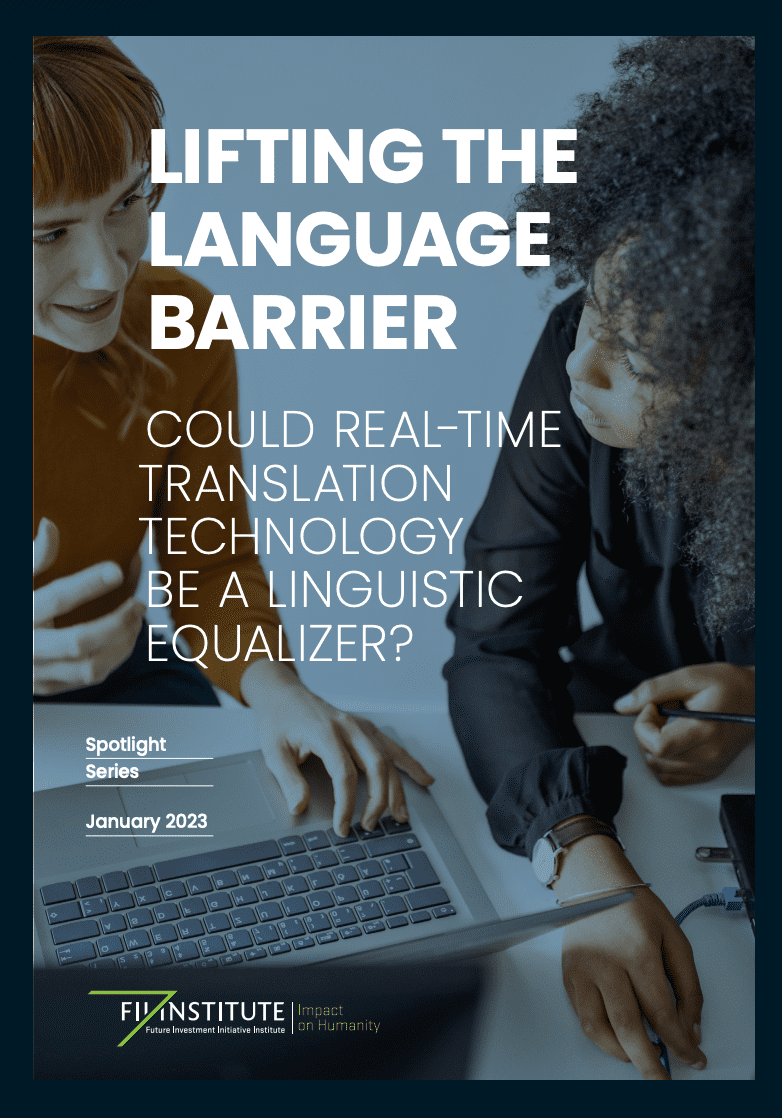 WE ARE ALL CONNECTED.

At least, technologically speaking. So rapid is online word-of-mouth that breaking news stories nearly always hit Twitter before national media sites. Viral TikToks travel tens of thousands of miles in seconds. And all it takes is a smartphone to speak with or see anyone, almost anywhere in the world. But for all this digital connection, there’s little doubt the world remains divided along cultural lines. Whether because of different values, traditions, lifestyles, or politics, there remain fundamental divisions that have resisted the pressures of globalization.

This is important when it comes to preserving local identities. But it can also impede understanding, empathy, and true connection among many of the 7.7 billion people living on this planet.

Currently, the approximately 7,100 different languages spoken around the world only fuel that divide. They erect barriers to conversation, collaboration, and, arguably, compassion. From bars to boardrooms, English has now become the world’s second language, an indispensable tool for global communication. But as anyone who has tried to speak using a second language will know that this can often have its limitations. What if the latest technological advances could help overcome these barriers and bridge the huge linguistic divisions that remain? Imagine being able to communicate easily with speakers of Arabic or Russian without having any knowledge of either language. Of course, in a way, this is already possible. Translation is a proven method of building understanding and empathy between countries and cultures. “If we’re in touch with people from another language, we start to learn about their culture, how they see things, issues, and people,” says Richard Mansell, a senior lecturer in translation at the University of Exeter in southwest England. “We start to see how much we can learn from other people – not just what they see but how they see it.” Translation, though, has traditionally relied on the hard work of human translators or interpreters, which can be time-consuming and costly. Even translation websites are often limited to expressing or deciphering a handful of phrases. But now, a new wave of innovation in machine translation (MT) – delivering near real-time audio translation – is aiming to change all this.

Near real-time translation has come a long way in recent years. And perhaps no piece of tech better illustrates this evolution than Google Translate. When it launched in 2006, the platform was a slightly clunky statistical machine-translation tool; it relied on being fed huge volumes of source material to work out correct translations. Even then it could be full of errors in comprehension or grammar. That it still proved hugely popular illustrated the potential of technology in overcoming language barriers.